Today, we can see the effects of climate change everywhere on the news. Australia is the main example of what is happening since it is burning fast and losing thousands of animals in the greatest fire Australia has ever seen. And this is only one side of the stories developing all around the world.

Africa, for instance, has been enduring the consequences of global warming for years, and it has been paid a lot less attention even though these changes in climate are harsh, violent and affect a lot more people since they are in a much more vulnerable state.

With the number of trees getting cut down, wildlife and water cycles are being altered. This is concerning, because many communities make their living from creating businesses such as tourist attractions, lodges for hunting, breeding and meat production. Lodges in Africa are a big market for hunters, since they used to house hundreds of species of wild animals, including endangered ones like the antelope, elephant and rhino.

These facilities, in addition of helping local people make a living, they sought to take care of the animals and created a space for controlled hunting. Now, they have been losing almost half of the species they looked after because of drought and the continuous rise in temperatures. In South Africa alone temperatures are rising at twice the global rate, according to the International Panel on Climate Change, and in most of South Africa the level of water in reservoirs is dwindling.

For Burger Schoeman, manager at Northern Cape game farm Thuru Lodge, the withered vegetation and parched ground are a serious concern for the sector.

Once home to around 4,500 wild animals – including 35 different species, from antelope to rhino – the lodge has lost around 1,000 animals due to drought. Carcasses are piling up in abandoned mines on the edge of the property.” (The independent, 2019)

The continuing decrease in wildlife numbers affects tourism as the animals are in worse condition and they become less appealing for hunting each year. Moreover, the market for meat that comes from wild life is declining, since everyone is suffering from the same drought, including farmers and entrepreneurs.

When two ecosystems as important as forests and wildlife are vulnerable, many other things begin to alter, such as rainfall in a region already scarce of the vital resource. Africa has suffered from drastic water shortage since 2014 and in lower levels years before that, making its inhabitants desperate to find the vital resource, and even more struggle to keep a sustainable business. 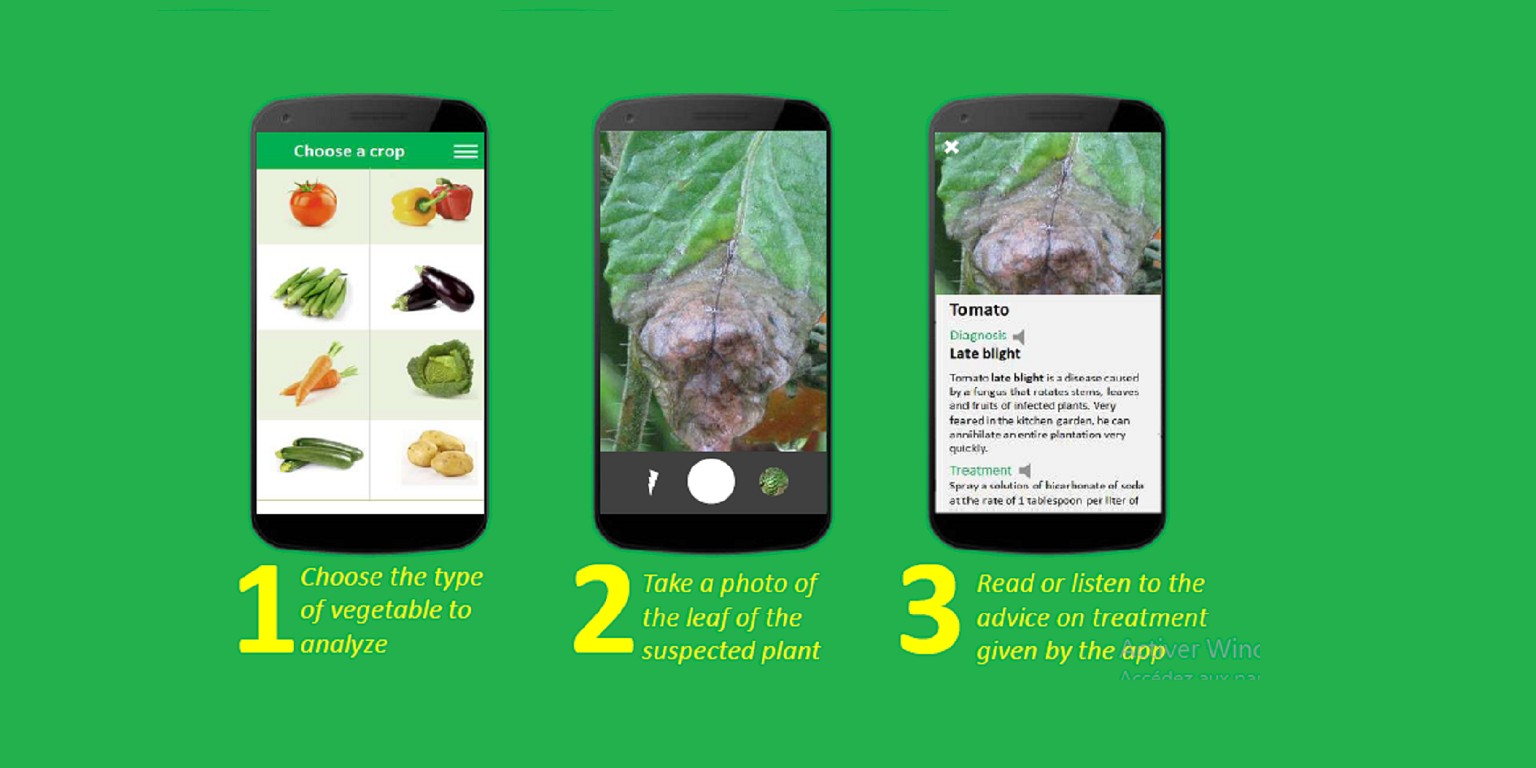 On the upside, technology is a big ally to African businesspeople, as there is more and more research and development to implement artificial intelligence (AI) in hope of helping farmers improve the performance of their crop yields.

This tech was designed by a batch of students at a new AI programming school in Senegal, one of the first in West Africa. They plan on bringing that technology to a start-up which advises farmers on how to maximize resources like water and soil.

“West African countries are among those hardest-hit by climate change, according to scientists, with populations that depend largely on agriculture losing their livelihoods due to worsening floods and droughts” (Africa News)

On the other hand, “My Roots in Africa” raised to be part of the solution to the deforestation crisis. The start-up came up with a campaign to bring Africa to the world. This idea plans to make it possible for anyone in the planet to have a tree in Africa named after them, planted or gifted. “My Roots in Africa is… Uber for trees, connecting local communities impacted by pollution or deforestation, with global citizens looking to plant their roots in Africa,” said Kamil Olufowobi, The Most Influential People of African Descent (MIPAD) Founder and CEO.

There is still a long way to go in the war against climate change, especially in underdeveloped countries, which tend to suffer more from the consequences and are remote from resources otherwise available to wealthy nations. Mostly, access to natural resources like clean water, energy, rich land, is a human right, and as such (africanporn.net), should be looked after by everyone in the world, not just people who can’t afford to pay for them.

As the climate continues to change, millions of those who are poor face greater challenges in terms of extreme events, #health, #food & #livelihood security, #migration, and other risks.
For more on the Social Dimensions of Climate Change, see: https://t.co/IWnuV5U6hX pic.twitter.com/kXPV3QDECi

A first step has already been taken with the approach of technology to solve the most pressing issues. The next steps involve taking responsibility and action as individuals, companies, governments and decision makers. Because in the end, the problems caused by pollution, global warming, and the actors in climate change, do not discriminate by geography, language or skin colour. 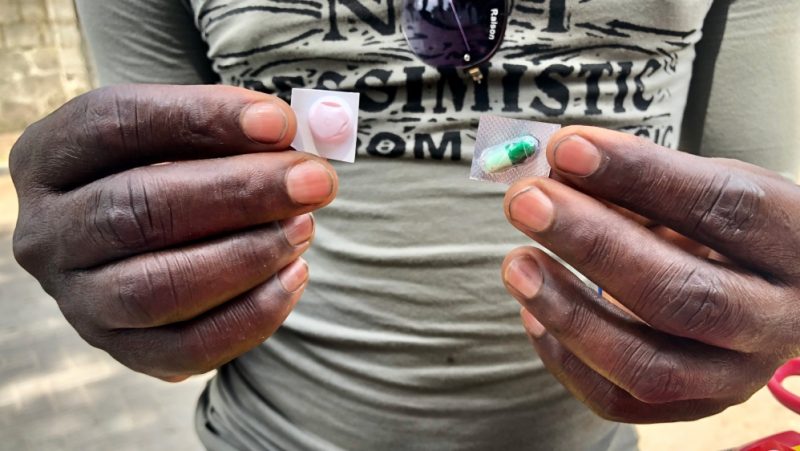 What is causing the opioid crisis in Africa?

In most countries, the standard substances used for drug abuse are cocaine, heroin, cannabis and alcohol or even pain medications such as morphine or Vicodin. In Africa, however, there is a rising trend with the abuse of Tramadol, a painkiller usually one tenth of morphine’s strength.

In spite of that, addiction to tramadol had never been seen before. It is a mild painkiller typically delivered in 50mg doses, and it has been recently discovered that the doses taken by addicts go as high as 500mg, not entirely the doctors’ recommendation when taking this medication.

But what makes Tramadol so addictive?

9. … not to mention dependence, addiction and death https://t.co/jPPUaUN1H1

As a result, particularly West Africa is now flooding with the drug. In Ghana, Tramadol – locally known as “Tramore” – is popular and even used as a potency enhancer. In Gabon, it is called “Kobolo” and students are known to take it as a performance enhancing stimulant during exams. In Sudan’s capital Khartoum, workers add a tablet of Tramadol to their tea to help them endure their physical work.

Many cases like this resonate, from the family man who works as a mason by day and a night guard who takes it to endure the physical exhaustion and avoid sleeping during his night shift. Or the young boy that now needs to take it two or three times a day just to endure his regular activities, such as his daily job or a simple football game with his friends.

In Ghana, for instance, it is very common amongst rice farmers and fishing communities. Across the region it is mainly used by working age men, aged 15-50. Tramadol is weak enough as an opioid that people can still function – but its pain killing effects mean that people can go on working hard, monotonous jobs much longer. 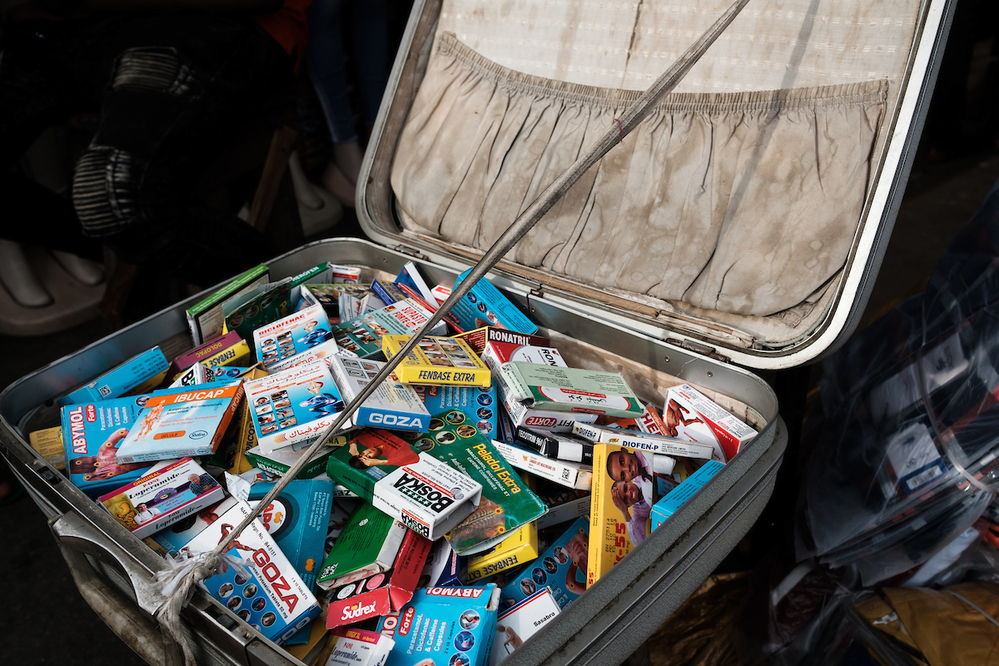 The effects this emerging crisis has caused are concerning. In addition to opioid receptor activity, tramadol exerts some of its effects via its actions on serotonergic and noradrenergic neurotransmission. For this reason, there is also a known risk of seizures and convulsions in some patients taking tramadol, with this risk being even more elevated in abusers seeking the euphoric effects, or “high,” produced by taking large doses of the drug. Withdrawal symptoms include profuse sweating, breathing difficulties, anxiety, stomach cramps and depression. Many want to stop. They just don’t know where to find help.

“You can get tramadol everywhere on the black market,” says Togoan psychiatrist Damega Wenkourama. He also talks about how they can no longer deal with the high number of patients suffering from opioid induced seizures or that are simply trying to get help for their substance addiction.

Recent investigations have shown that many of the pills sold by the name of Tramadol, hardly ever contain what the packaging suggests. Many pills tested in a lab for research were far stronger than the recommended medical dose – which is very dangerous in itself – while in other cases there was only 10 percent actual Tramadol, with the rest being a mixture of other chemicals and impurities (Vice).

“As a recent study from the World Health Organization pointed out, the so-called “‘fake drugs” come in a variety of forms. There are the substandard drugs, which perhaps wouldn’t pass quality tests due to a manufacturing error or because they have already passed their expiry date. The second kind, known as counterfeit drugs, have been deliberately falsified. This means that they could contain entirely different chemicals than the original or might even have no medical properties at all”.

The Democratic Republic of the Congo 🇨🇩 is now part of the 3️⃣2️⃣ African countries who registered for the International Collaborative Exercises #ICE, a proficiency test to assist drug testing & toxicology labs in assessing their own performance. pic.twitter.com/tuVL55gvvE

The problem is that these countries have weak laws and weak law enforcement, don’t have access to the resources needed to deal with the issue, the need for medicine continues to rise and there is no trustworthy supply of reliable drug and health facilities.

There are already initiatives to help tackle this issue, one organization called mPedigree, developed an app which allows consumers to scan the codes on the packets, receiving a reply that tells them if it is fake or original instantly, helping them with making a smarter purchase.

It is a strong crisis, already having drawn the attention of the UN to try to find a solution, we can do nothing but suggest an institutionalization of this medications, to provide the necessary medicine and tighten the safety belts to prevent Tramadol and other synthetic drugs to be falsified and sold at an unmeasurable scale.